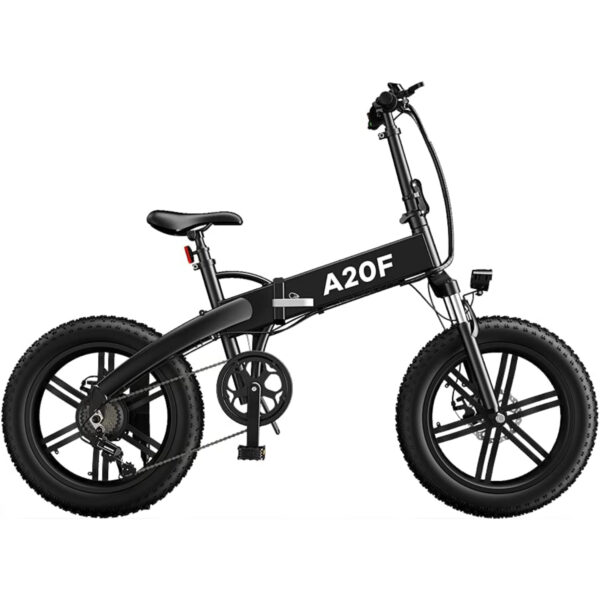 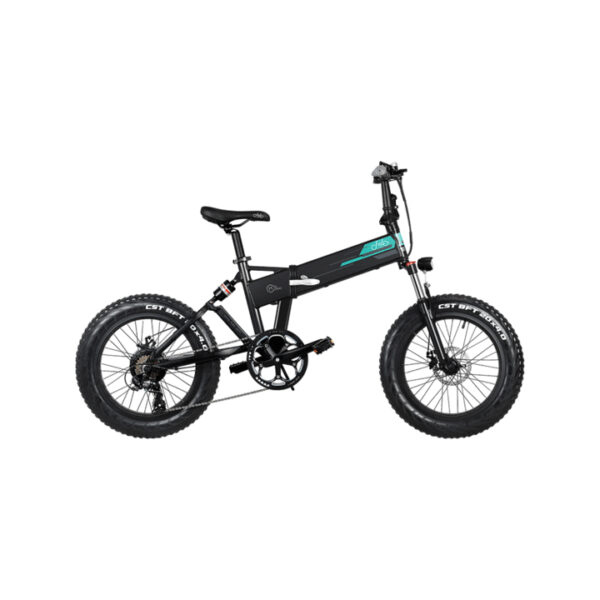 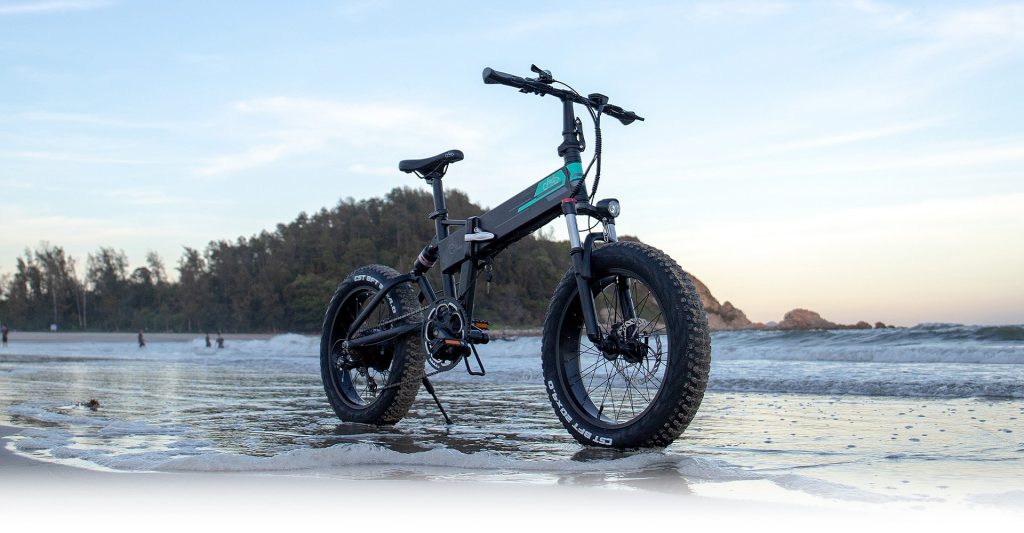 Carrying broad tires, break through all obstacles with ease.

A 250W strong motor comes with a wide-range 7-speed deraileur, the top speed of M1 can reach 30Km/h(18.6mph), which assists to reach your destination promptly regardless of terrains or weather conditions. and the 7-speed seamless shift fully achieves a freewheeling control.

The full suspension shock absorber eliminates all bumps, therefore you no longer have to steer clear of pebbles or rocky trails, the well-performed M1  guarantees a safer and smoother cycling. 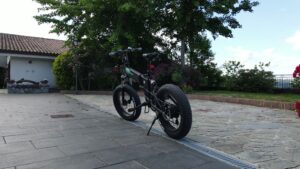 M1 folding electric bike it’s not that easy to carry around. It weighs 25 kg, about 10 kg more than many e-bikes, which will make it rather complex to place it in the trunk of your ca.

It is also true, however, that the battery is 250 watts and 12.5 Ah, much more powerful than the 8/9 Ah that is found in most electric bicycles and it is known that large batteries correspond to greater weight. 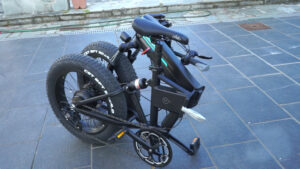 The handlebars and pedals also fold, but before buying this electric bike, you must have in mind the fact that carrying it around closed will not be a walk. Let alone load it, for example, on a train or bus. 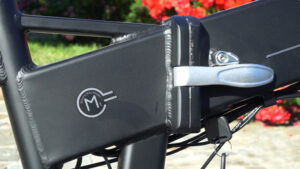 But the design is definitely captivating. The combination of structure + fat tires is definitely a winner. The only thing that has left me rather perplexed is the management of the cables, which are visible and that by opening and closing the bike they lose the balance. 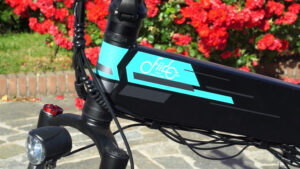 The battery module is removable, and is activated with a key located on the lower part: all the electronics will not turn on until the key is turned which will start the battery power. 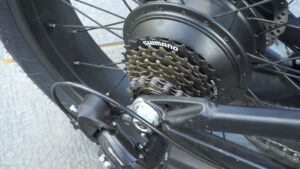 Just below the gearbox there is also an accelerator, which will allow you to move in “full-electric” mode.

The operating concept is identical to that of an electric scooter, just push the lever and reach the maximum speed of 25 km / h. 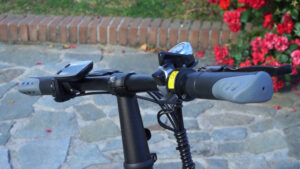 Next to the left knob is the on-board computer which integrates an LED display which is easily visible even in direct light conditions, but which is very basic which will allow you to check the current speed, the kilometers traveled in the current session and the assisted pedaling modes: they are three, and lead respectively to the maximum speed of about 16, 20 and 25 Km / h. 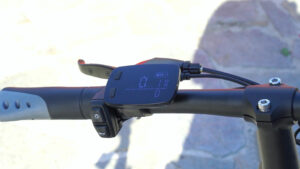 The torque sensor is missing, and the engine starts only with the pedal sensor.

This could make some starts quite difficult, especially uphill ones, in which to take advantage of the pedal assistance you should pedal for about 1/4 of a turn before starting to feel the electric motor push.

But perhaps the least pleasant point is that given the lack of the torque sensor, it is as if the engine is unable to “understand” the strength of the first pedal stroke and it could happen that it does not give all the torque immediately.

During tests it reached about 60 km with maximum assistance, about 80 km with minimal assistance and about 40 km using it exclusively with the accelerator.

Which is not bad at all, especially considering the weight of the frame and above all the resistance that the tires have with the road surface. 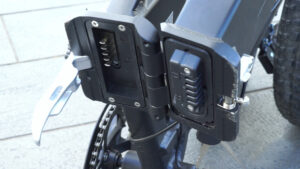 The recharge takes place in about 9 hours (for a complete recharge cycle) thanks to an external power supply, with a cable that is far too short for my opinion, which connects to a port positioned laterally near the battery compartment. 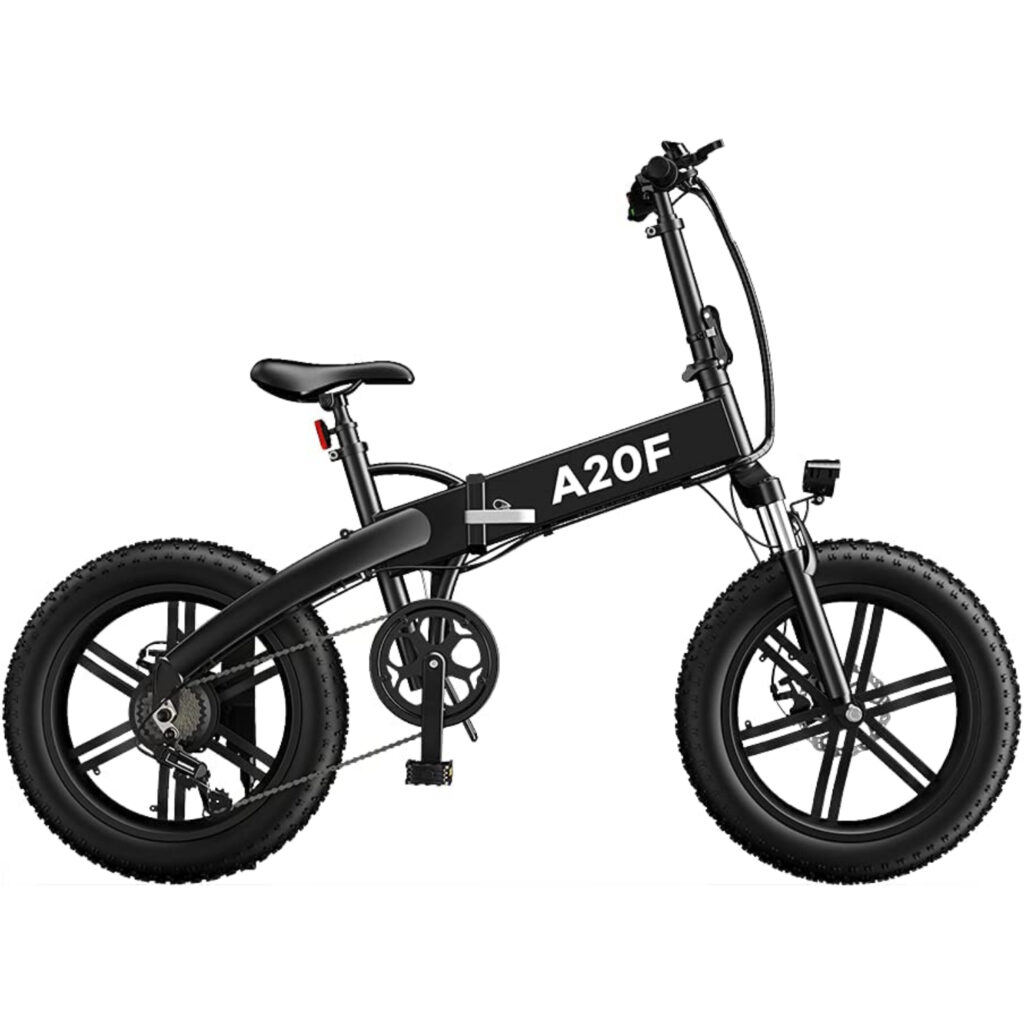 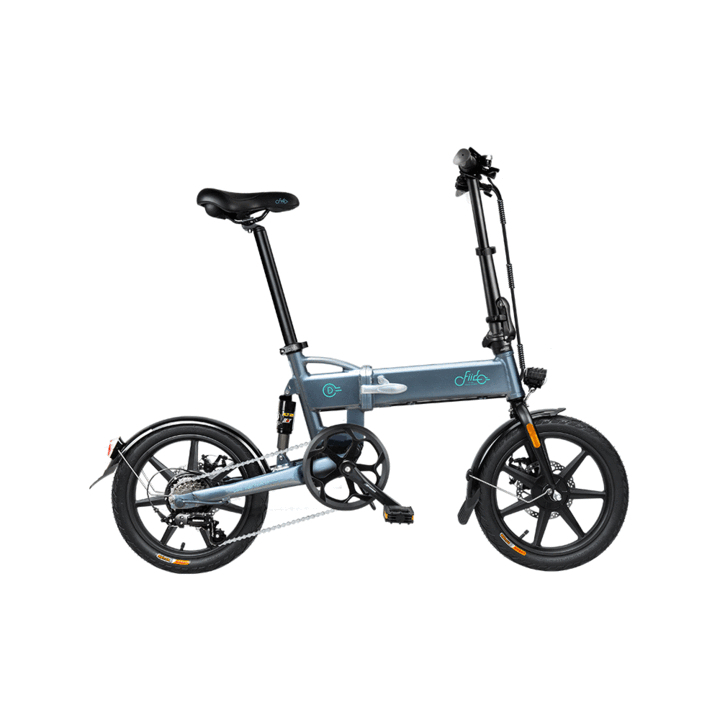 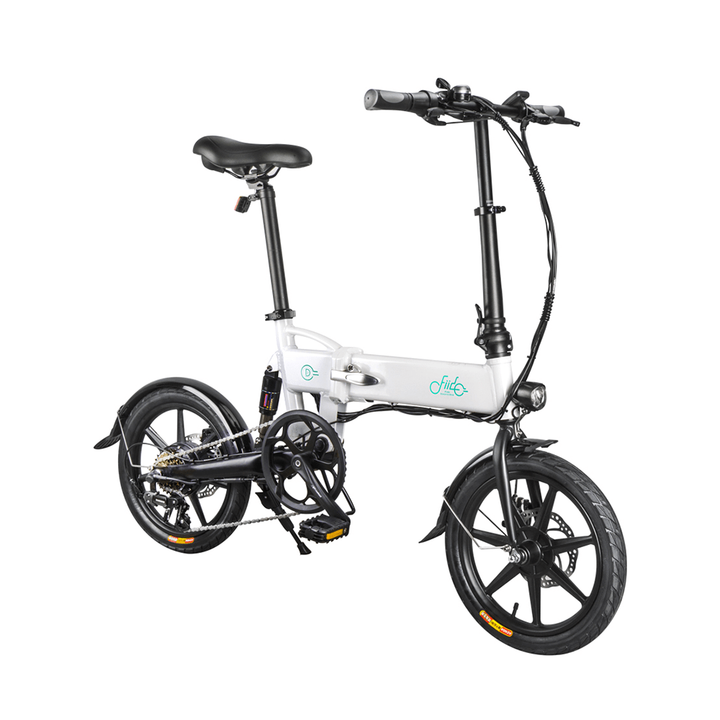